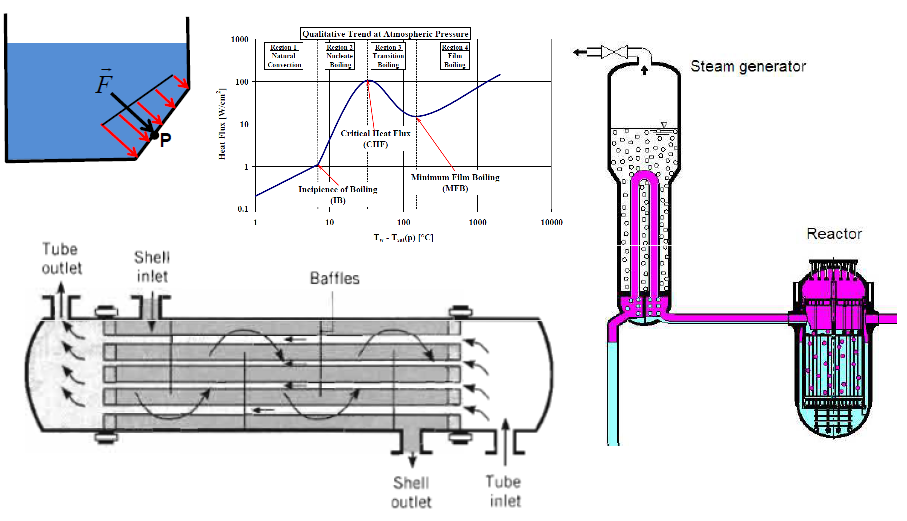 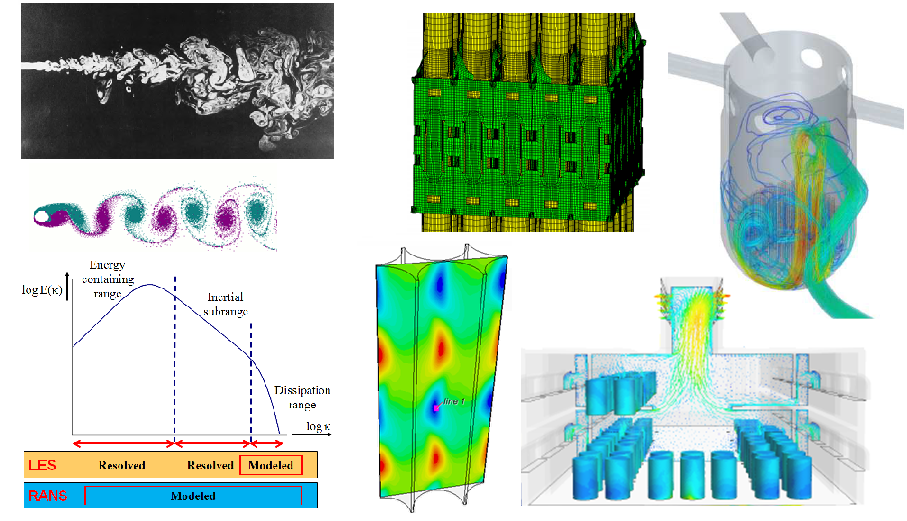 The course is aimed at giving graduate students:

The applicability and limitations of the most popular turbulence models are discussed on the basis of several examples relevant for the nuclear industry. The students gain a hands-on experience with the use of CFD codes through computational homeworks and a final project.

Enrollment is open to graduate students.

Early experiments performed in the 50s’ found surprisingly high turbulence and mixing between channels, especially for small pitch-to-diameter ratios (tight fuel bundles). Up until the 70’s/80’s, the consensus was that the enhanced mixing was due to so-called secondary flows, which appear in geometries other than circular. It was later on recognized that the cause of the increased mixing was due to a train of rotating vortexes which are transported by the flow, as shown in the experiments by Meyer and Rehme (1995). These vortexes, transported by the main flow, yield velocity oscillations and thus increased mixing across subchannels.

Within this NERS547 project, the students created a model of 6 fuel rods and the corresponding two water subchannels and found that when the pitch-to-diameter ratio was reduced below a critical value, flow oscillations started to occur. By subtracting the average axial velocity from the time-dependent flow field (see Fig.2), the students were able to visualize the train of rotating vortexes responsible for the flow oscillations.

Thermal stratification is relevant in many engineering processes. In passive nuclear systems, thermal stratification in the containment cooling tanks play a very important role in the determination of the heat that can be removed from the reactor during accident conditions. Past literature has shown that current CFD models tend to over-estimate stratification. In some reactor transients, such as for example boron dilution or main-steam-line break scenarios, the over-estimation of stratification is particularly relevant, since it leads to non-conservative results. Within this NERS547 project, the students identify an experimental database published in the open literature, models the corresponding test section, and validated existing CFD models against the experiments. While confirming that standard models tend to over-predict the speed of a stratification front, the student were also able to identify deficiencies in the experimental campaign, and the way boundary conditions were defined and measured.